* Based in Coulsdon, Surrey 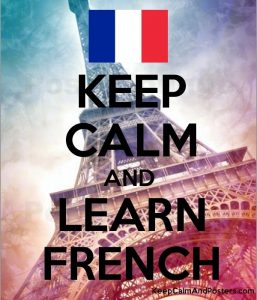 French has long been considered a global language, spoken by over 275 million people globally. It is the fifth most-spoken language in the world, covering multiple continents including Europe (Switzerland, Belgium), Africa and North America. It is still one of the very few languages used to translate European trade documents.

Since 2014, all children aged 7-11 have been learning a foreign language but as languages are not compulsory anymore for GCSE, the shortage of foreign language skills in the UK is now a permanent preoccupation. Employers report that they cannot find the necessary linguistic abilities among UK school leavers. With 123,000 pupils taking French GCSE in 2019, many feel that they need more support with their pronunciation, grammar as well as speaking and listening skills. As adults, life gets busier, and the brain finds it harder to absorb a new language. It is paradoxical that this decline in linguistic skills happened at the same time that a new generation of progressive Britons embraced cosmopolitanism and cultural diversity. Knowledge of French can improve our lives, such as an appreciation of literature, film or music; The famous “Charlemagne” once said that a new language gives one a new soul – something rather echoed by findings in neuroscience that suggest bilingualism allows the brain to look at ideas in a fresh way.

Now is your time to learn or revisit French.

Why should you learn French

Enquire here 07712647991
We use Your Personal data to provide and improve the Service. By using the Service, You agree to the collection and use of information in accordance with our Privacy Policy OK

Due to Coronavirus, I am now tutoring on Zoom, Skype or Google Meet for all new clients.

I will be back to face to face tutoring in my home as soon as the government allows the mixing of households.